UNASUR:
UNASUR Head Calls for Removal of US Bases from Latin America
teleSUR English, March 31, 2015 – The Secretary-General for the Union of South American Nations (UNASUR) suggested that all U.S. military bases in Latin America should be removed. In an interview with news agency EFE, UNASUR head Ernesto Samper said that the upcoming Summit of the Americas in Panama next month could serve as place to “reassess relations between the U.S. and South America.” 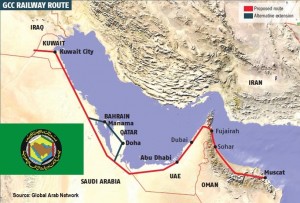 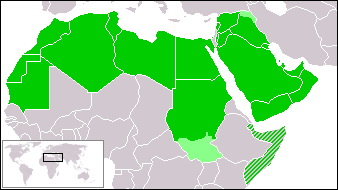 ARAB LEAGUE:
Arab League to forge NATO-like military alliance of Sunni powers
Washington Times, March 29, 2015 – Seeking to combat threats from Iran and the Shiite rebels it is supporting in the Middle East, Arab leaders meeting in the resort city of Sharm el-Sheikh, Egypt, agreed in principle Sunday to forge a NATO-like alliance of Sunni powers to engage in regional military action with or without leadership from the U.S
Arab League Formally Announces Military Force To Counter Islamic Extremism, Foreign Influence – International Business Times, March 30, 2015 – At the two-day Arab League summit, leaders from 22 Arab nations spoke of the need to tackle “outside parties” and “foreign” powers, making thinly veiled references to Iran, which has been exerting its influence in Iraq, Syria, Lebanon and Yemen. 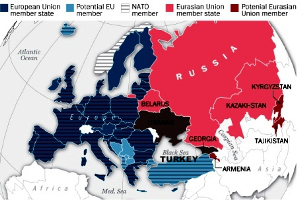 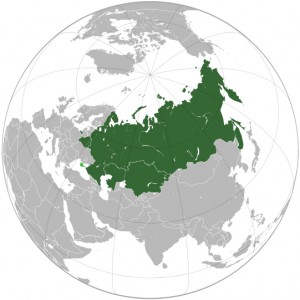 EURASIAN UNION:
Will Eurasian Economic Union introduce a single currency?
Times of Central Asia, March 28, 2015 – Until just weeks earlier, the governments and national bank governorates of all five member states of the EEU (Russia, Belarus, Kazakhstan, Armenia and – soon – Kyrgyzstan) had been bombarding the public domain with firm declarations that none of them would ever abandon their national currency. Then out of the blue came Vladimir Putin, without doubt after intense consultation with both Russian and other EEU state and financial echelons, with an idea his predecessor, supported by a vast majority of Russian citizens, had categorically refused.
Russia to apply for China-led infrastructure bank AIIB – Deputy PM – RT (Russia), March 28, 2015 – “We are delighted to be able to step up cooperation in the format of the Eurasian Economic Union (EEU) and China…the free movement of goods and capital within the EEU brings economies of Europe and Asia closer. This is intertwined with the Silk Road Economic Belt initiative, launched by the Chinese leadership,”

AFRICAN UNION – EAC:
East African states draft regional health policy
SpyGhana, March 23, 2015 – Jessica Eriyo, East African Community Deputy Secretary General in charge of Productive and Social Sectors told reporters here on Monday that the policy will among others harmonize the health policies of the member states which include Uganda, Kenya, Tanzania, Rwanda and Burundi…. When in place, the policy will lead to the formation of centers of excellence in each member country. According to the plan, Uganda will be the center of excellence in treating Cancer, Kenya will be charged with issues of Urology, Burundi will be for nutrition and Rwanda for health systems.

ARAB LEAGUE, GCC:
Arab League to discuss Yemen intervention plea on Thursday
Reuters, March 25, 2015 – The Arab League will discuss the crisis in Yemen on Thursday, the regional body’s deputy secretary general said.… Yemen on Tuesday asked the United Nations Security Council to back military action by “willing countries” to combat the Houthis’ advance, according to a letter from President Abd-Rabbu Mansour Hadi seen by Reuters. Hadi said he has asked the Arab League and the Gulf Cooperation Council comprised of Gulf Arab states “to provide immediately all means necessary, including military intervention…

Eurasian Economic Union ‘would welcome’ Turkey’s membership
Turkish Weekly, Jan 23, 2015 – Turkey has yet to make an official application for membership of the Eurasian Economic Union (EEU), but it would be welcome to join, Kazakhstan’s ambassador to Turkey has said. The heads of states from Turkey and EEU member countries have discussed the issue of Turkey’s membership before to the union, Ambassador Zhanseit Tuimebayev told reporters on Jan. 22, speaking at a joint press conference with the ambassadors of Russia, Belarus and Kyrgyzstan in Ankara. 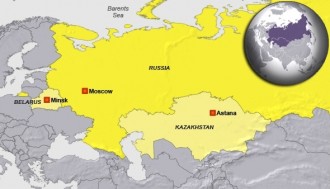 EURASIAN UNION:
Call for faster establishment of currency union in Eurasian Economic Union
Belarusian News Agency, March 13, 2015 – “A currency union is one of the last steps in the integration process. We believe that the year 2024, the date set by the Eurasian Economic Union Treaty, is too late…. “We said it is necessary to aim for a closer date. We would like the first components of the currency union to start working within the next three-four years,” said the Chairman of the Council of the Republic of Belarus.
Putin Eyes Single Currency for Eurasian Union Trade Bloc
Moscow Times, March 10, 2015 – According to the order, President Vladimir Putin requested Russia’s government and Central Bank work with financial regulators in the bloc’s member nations to present by Sept. 1 a report “defining the vector of financial and currency integration within the Eurasian Union and examining the desirability and possible creation of a currency union in the future.”

AFRICAN UNION – EAC:
Facilitating Regional Integration in East Africa – AfDB Supports Mombasa-Mariakani Highway Project
AllAfrica, March 12, 2015 – The project road is a key import/export gateway and an important section of the Northern Corridor (NC), which links the port of Mombasa in Kenya with the land-linked eastern and central African countries of Uganda, Rwanda, Burundi and the Democratic Republic of Congo (DRC)…. The project will be co-financed by KfW of Germany, European Investment Bank and the Africa Infrastructure Trust Fund…. In addition, the project is well aligned with the regional infrastructure strategic pillar of the East African Regional Integration Strategy Paper (RISP 2011-2015), which focuses on Regional Transportation/Trade Facilitation Infrastructure to promote seamless connectivity within the East African Community (EAC) region.
Experts urge government to market PPP projects
CapitalFM (Kenya), March 12, 2015 – The government has been urged to intensify marketing of projects designed under the Public Private Partnerships (PPPs) model to local and international investors with a view to attracting more funds to finance mega projects…. During the forum attended by institutional investors, road contractors, bankers, the participants discussed financing of projects in infrastructure and energy sectors in East African Community (EAC). 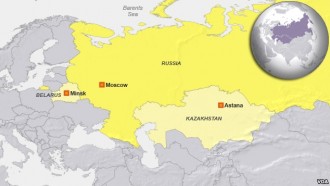 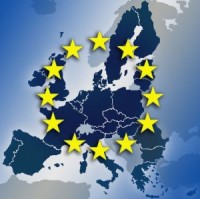 EUROPEAN UNION:
Official Calls for a European Union Army
Newsweek, March 8, 2015 – The European Union needs its own army to face up to Russia and other threats as well as restore the bloc’s foreign policy standing around the world, European Commission President Jean-Claude Juncker told a German newspaper on Sunday.
Mike Hookem condemns plans for a EU Army – UKIP.org, (UK), March 8, 2015 – Mike Hookem, UKIP’s Defence Spokesman, today condemned Jean Claude Junker’s calls for a European Union Army saying the plans would be an “utter disaster for the UK.”
Mr Hookem, who sits on the Defence Committee in the European Parliament, said, “UKIP have been ridiculed for years and branded scaremongers for suggesting that the UK’s traditional parties were slowly relinquishing control of our defence and moving toward a European Army. However, yet again, UKIP’s predictions have been proved correct.”

ASEAN:
Asean needs to step up intelligence, security cooperation to combat IS, says Anifah
The Sun Daily (Malaysia ), March 9, 2015 – It is critical that Asean and the international community recognise the so-called Islamic State (IS) as a lethal danger and step up efforts to strengthen intelligence and security cooperation, says Malaysia’s Foreign Minister Datuk Seri Anifah Aman…. Anifah said this in his luncheon talk on “Asean Political-Security Community (APSC)” at the International Conference on “The New World Order – A Recipe For War or Peace”, and launching of the book titled Abolishing War, authored by Prof Johan Galtung. 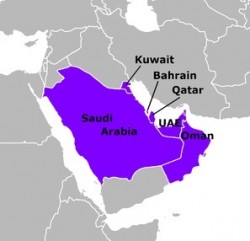 NORTH AMERICA:
House funds Homeland Security without immigration riders
USA Today, March 3, 2015 – Immigration hard-liners were angry that the bill did not contain provisions to bar funding to carry out Obama’s executive orders to shield about 4 million undocumented immigrants from deportation. The House passed a bill in mid-January that would have defunded those orders, which also allow some undocumented immigrants to apply for work permits…. House Speaker John Boehner, R-Ohio, told his GOP caucus Tuesday morning that it was clear that Senate Democrats would continue to block the House bill and he did not want to let the Department of Homeland Security shut down.

ARAB LEAGUE:
Arab League to Discuss Creation of ‘Unified Arab Force’
Arutz Sheva (Israel), March 3, 2015 – The Arab League will consider setting up a defense unit to battle the spread of the Islamic State (ISIS) group at its annual summit later this month, an official said Tuesday.

EUROPEAN UNION:
Two thirds of Britain’s laws ‘made or influenced by EU’
The Telegraph (UK), March 2, 2015 – An analysis by Business for Britain, a group campaigning for reform of Britain’s relationship with the EU, found that 64.7 per cent of all laws in this country are related to EU regulations and directives.