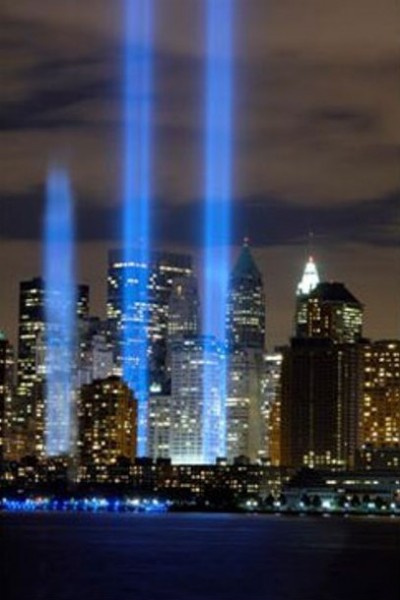 The debate over the phrase pull it arose after Larry Silverstein, leaseholder of the World Trade Center buildings, used the words to describe the action taken at WTC Building 7 late in the afternoon of 9/11.

Here is a video of the Silverstein quote:

A quick Internet search resulted in the quotes below that discredit the Popular Mechanics book, Debunking 9/11 Myths, by disproving its assertion that pull it is not an expression used in controlled demolition. Several of these quotes are from Mark and Stacey Loizeaux themselves, and others undoubtedly resulted from interviews with them.

Four demolition and engineering experts tell Popular Mechanics that pull it is not slang for controlled demolition. “I’ve never heard of it,” says Jon Magnusson of Magnusson Klemencic Associates.
Ron Dokell, retired president of Olshan Demolishing Company, says the same thing. Mark Loizeaux of Controlled Demolition, Inc. adds that the only way he can imagine the term being used is in reference to a process where the legs of a structure are precut and attached to cables, and then large machines are used to literally pull the building to the ground. But he adds this is only done with radio towers and relatively small buildings. “There is no way you could pull over structures like the [WTC 7],” Loizeaux writes in an e-mail to Popular Mechanics.
Debunking 9/11 Myths, Popular Mechanics [Published by Hearst Books, New York, NY, © 2006 by  Hearst Communications] Page 57  (emphasis added )

Webster’s Dictionary defines implosion as “a violent collapse inward. “ In the demolitions industry, a blaster is usually trying to pull a structure away from adjacent exposures and towards an area large enough to contain the debris. –IMPLOSIONWORLD.com                      http://www.implosionworld.com/dyk2.html

“The roof did its job, the gravity engine worked. It provided the energy we needed to pull the columns inward,” said Mark Loizeaux, president of Controlled Demolition Inc., the Maryland-based company whose handiwork brought down the Dome.
–SEATTLE POST-INTELLIGENCER, Monday, March 27, 2000   http://o.seattlepi.com/kingdome/main.shtml

Jack [Loizeaux] brought a basic knowledge of construction, engineering, and physics to his new science of implosion. More important, though, he brought the fascination and conviction of
a true believer. Long before anyone else, he had faith in the power of explosives to help gravity do what it wants to do anyway: pull things down.
–Georgia Magazine, University of Georgia    http://www.uga.edu/gm/399/FeatImp.html

The University of Louisiana at Monroe, Anderson Excavation, and Controlled Demolition, Inc. (CDI ¬ Implosion Subcontractor) of Phoenix, Maryland announced today that Olin Hall on the ULM Campus will be imploded on Saturday September 25 at 10 a.m. Implosion is a process where a small amount of explosives is used to disrupt selected supports in a building. This allows gravity to pull the structure down in a controlled manner.
–ULM [University of Louisiana at Monroe], Sept. 20 2004      http://www.ulm.edu/universityrelations/news/sept04/dust.html

There are [sic] a series of small explosions, but the building itself isn’t erupting outward. It’s actually being pulled in on top of itself. What we’re really doing is removing specific support columns within the structure and then cajoling the building in one direction or another, or straight down.  Stacey Loizeaux, NOVA, December, 1996
–Wikipedia    http://en.wikipedia.org/wiki/Building_implosion

Debunking 9/11 Myths also misrepresents physicist Dr. Steven E. Jones’ hypothesis that an incendiary such as thermate, followed by explosives, brought the WTC buildings down. The book does not even adequately address thermate, evidence of which Jones and others now say they have from a number of post-9/11 Manhattan dust samples. Instead, the book further misrepresents Jones as believing that explosives, not thermate, caused the molten metal, and that explosives alone could have blown apart the thick steel columns.

A growing number of people, however, are beginning to see through the veneer of major media publications such as Popular Mechanics. It  is part of the Hearst Communications conglomerate, associated with yellow journalism since the late 1800s, as portrayed in the movie, Citizen Kane.

Yellow journalism is still with us. It is characterized by sensationalism, propagandizing the news and creating its own reality to sell to the public.

Debunking 9/11 Myths itself is a myth. It presents itself as science while using distortion of the truth, misrepresentation, straw man arguments, and media power to dismiss any dissent.

However, its scientific facade is having difficulty dismissing over 1500 scientific professionals who are now members of Architects and Engineers for 9/11 Truth. Despite the efforts of publications such as Popular Mechanics and its Debunking 9/11 Myths, the words of John Milton still ring true:

“Let [Truth] and Falsehood grapple; who ever knew Truth put to the worse, in a free and open encounter?”